Who does not have apprehension to speak in public? Who doesn't have stage fright before speaking in public?

In fact, at least 75% of people are apprehensive about speaking in public.

It turns out that becoming aware of the energy in our image and knowing how to tap into it can go a long way toward coping with and overcoming this fear of public speaking.

To illustrate how the energy of the image can contribute to facing and overcoming this fear, I would like to share with you a work that I did on this subject with a female entrepreneur who took a follow with me when I was still in France.

Let's call her Carol. Carol came to find me after a lecture I had given at Chantilly. She told me that she had already taken a coaching on Image Consulting, but my conference had convinced her that there was much more to Image Coaching than what she had glimpsed in this previous coaching and that she was ready to engage in a follow-up with me.

From the first contact with Carol, I appreciated her openness and her intelligence and I immediately felt that she was a determined woman who was ready to commit herself and do what was necessary to obtain what she wanted. The ideal coachee!

First, we did a review.

It emerged that it was above all within the framework of her professional activity that Carol wanted to work on the energy of her image. 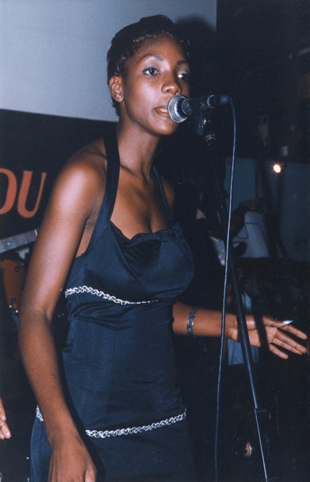 The success of her business largely depended on the contracts she obtained following public meetings. And she knew that in these moments, her self-confidence and her ability to influence her audience through her speeches were most important for the smooth running of her business.

But it was now in these moments that all the classic symptoms of fear: clammy, shortness of breath, trembling, rapid heartbeat… manifested to varying degrees. As a result, during these often decisive moments for the smooth running of her business, she was not in possession of all these means and she showed herself in a light which not only did not correspond to her, but was not favorable to the smooth running of his business.

Following my conference, Carol realized that working with me on the energy of her image could not only make public speaking no longer a problem, but also make her feel like herself and at home. at ease during face-to-face professional negotiations.

It is in this context that we decided to work on the energy of its image.

We therefore set up a follow-up over several months.

First we went into what I will generally call “The Mindset”. But for Carol, the state of mind, the determination, the understanding of the coachee-coacher relationship…, there was no doubt, no questioning. No, I took her to more direct, concrete actions: posture, movement, voice, walking, even fasting!

In a second step we flattened the resonance of his colors, his own, those that are personal to him. It was all about aligning Carol with the different tones of her resonance.

Thirdly, we worked on the relationship she had with her body. That she becomes fully aware of her morphology, her size, and that all her outfits are in alignment with what Carol is physically.

In a fourth step we went in search of "Carol", to discover her but above all to manifest her. A job that goes through the actualization of oneself, knowing how to act on one's exteriorization!

From one coaching to another I saw the transformations in Carol until finally, the coaching ended, she invited me to a public meeting where she was speaking. She literally blew me away. And Carol finished her intervention by mentioning how much what she had just achieved was due to the work she had done with me over the past few months.

If after reading this article you feel the urge to have direct contact with Issanaa, I invite you to say hello to me directly on WhatsApp by clicking on this link Are you ready to take the step!

This site uses Akismet to reduce unwanted. Learn more about how your comments data is used.

Scroll Up
This site uses cookies to improve your experience.I agree I refuse Discover more

This website uses cookies to improve your experience while navigating through the website. Out of these, the cookies that are categorized as necessary are stored on your browser as they are essential for the working of basic functionalities of the website. We also use third-party cookies that help us analyze and understand how you use this website. These cookies will be stored in your browser only with your consent. You also have the option to opt-out of these cookies. But opting out of some of these cookies may affect your browsing experience.
Necessary Always on
Necessary cookies are absolutely essential for the website to function properly. This category only includes cookies that ensures basic functionalities and security features of the website. These cookies do not store any personal information.
Non-necessary
Any cookies that may be necessary for the website to function and is used to collect personal data via analytics, ads, other embedded contents are termed as non-necessary cookies. It is mandatory to procure user consent prior to running these cookies on your website.
Save & apply

French
Wanting and Knowing how to Take Charge of Your Image

"The nitty gritty energy of the picture".

It is my pleasure to know that you are on my site. Whatever you do, don't leave without downloading my collection " The nitty gritty energy picture ". It is a gift that I offer to you. I put together five articles. Of course they complement each other but can be read independently of each other.

By reading them you will familiarize yourself with the way and the way in which I conceive and exercise my profession of Image Energy Coach and Consultant.

These five articles will show you to what extent the outfits we choose are entities charged with energy and have a decisive influence on our resonance in our relationships with others as well as with ourselves. How important it is to know how to dress with outfits with an energy that suits us.

by clicking on the button below,